85% of Older Americans Missed Out on This Retirement Savings Opportunity


You’ll often hear that retiring on Social Security alone isn’t feasible. Those benefits will only replace about 40% of your wages if you’re an average earner, and most seniors need more like 70% to 80% of their income replaced to live comfortably.

That’s where personal savings come in. The money you sock away in a 401(k) or IRA could, along with your Social Security benefits, provide you with a nice income for your senior years.

There’s just one problem. A lot of people wait too long to start setting funds arise for retirement.

It’s easy to see why this is. In our 20s, we’re focused on paying off educational debt as we establish our careers. In our 30s, our spare money is often earmarked as a down payment on a home. And in our 40s, we’re forced to start saving for our own kids’ college education so they don’t wind up in debt like we did.

As such, many people reach the later stages of their careers without a lot of money in retirement savings. The good news is that workers 50 and older get the option to make catch-up contributions in their retirement plans. The bad news, however, is that only a small percentage of older workers actually take advantage of that option. 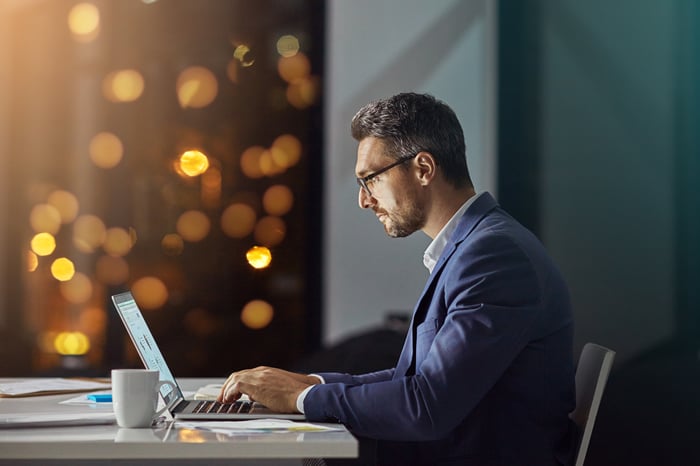 A lot of people are missing out

What can catch-up contributions do for you? Let’s say you’re 57 years old and want to retire in a decade, and you have $200,000 in your 401(k) already. Let’s also assume your 401(k) is invested to deliver an average annual 7% return, which is a bit below the stock market’s average.

All told, making catch-up contributions in your 401(k) could, in this scenario, leave you $90,000 richer in retirement. That’s not a small amount of money.

Now to be fair, the impact of catch-up contributions in an IRA is less significant, since IRA catch-ups max out at $1,000. This isn’t to say that you shouldn’t still try to make them, but they will have less of an effect on your total savings. But if you have a 401(k), then it really pays to push yourself to make those $6,500 catch-ups, especially if you feel you’re behind on savings.

Keep in mind, too, that catch-up contribution limits can also change over time. And if they increase, you’ll have even more opportunity to save.

If you’re nearing the end of your career with a heaping pile of savings, then you may not need to worry about catch-up contributions. But if your savings could use a boost, then it pays to eke out that extra money. Doing so could spell the difference between grappling with financial stress in retirement or having a much easier time covering your expenses.

Is Congress Mad? Are You?  The 401(k) Specialist Source link

Check These Databases for Retirement Savings You Forgot About

Albertsons said in a statement that it had “grown tremendously with the help of our sponsors and other investors.”...