by Editor's Team
in Coin
0 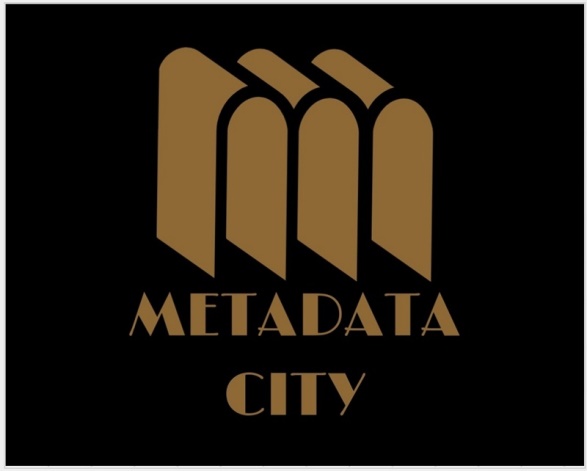 Jang Jin-Woo addresses that blockchain-based metaverse is a new paradigm – an evolution of the Internet. Past the era of central WEB 2.0, which has led the market so far, it is predicted that the 3D virtual space based on WEB 3.0 combined with the decentralized blockchain-based technology will dominate the era.

In addition, the user’s content needs have reached a level that is not satisfactory with web2.0-level text and video. And users are forced to prefer high-definition, 3D spaces such as 3D games, VR (virtual reality), and AR (augmented reality), which are very immersive, so the longer the stay in the virtual space increases, and the existing data is likely to become useless outside of archival materials.

The NFT market will also be 3D in content, and the NFT market, which is currently only active in the field of sound sources and works of art, will expand to all areas such as travel, culture, entertainment, and real estate entitlements. The Metadata City (MDC Coin) ecosystem will serve as a gateway to all metaverse content and data worldwide.

Mr. Jang believed that this paradigm shift was coming, and above all, it was necessary to have a data center that could effectively process high-capacity data, and accordingly, a direct data center based on IPFS was built in the Daejeon-Yuseong-gu Daejeongro 28beon-ahngil 71 Metahub Building. Mr. Jang said that Dr. Na Jung-sik (Global CTO) of Metadatacity is in charge of all the data management metaverse hubs, or gateway technology parts.

Dr. Na Jung-sik is a blockchain doctor at Victor University in the United States and is currently the president of the Association of Blockchain Coordination Associations.

Jang Jin-Woo said that one of the visions of the MDC Coin ecosystem is that within this year, a blockchain-based decentralized cryptocurrency exchange will be based in Singapore. And agents will be established around the world. On May 10, MDC Coin will also be listed on blockchain-based highly secure exchanges, including foruex.com, dbaagent.com and coredax.com.

The decentralized exchange is blockchain-based, characterized by security and low brokerage fees. And it will become a major pillar of cryptocurrency transactions around the world, which will be a decisive moment for the MDC coin ecosystem to expand the global market. And Metadatacity Co., Ltd., the organizer of the issuance of MDC coin, will grow into a mega-unicorn company representing Korea, and is establishing a direct local corporation in New York, Vancouver, Singapore and the Philippines first.

Through the Metaverse Hub, the company has a blueprint to bring Asia’s culture and content to the world, and by the middle of May, it will build and finalize a community in each of Asia.

On May 16, 2022, at the Grand Ballroom in Samseong-dong, COEX, Seoul, the IEO Memorial Metaverse Hub MDC Coin Ecosystem Vision Declaration Ceremony and Celebration Event will be broadcast live around the world through the real-time YouTube ‘Datacitywemarket’, and ‘Metadatacity’ channel.


EIN Presswire’s priority is source transparency. We do not allow opaque clients, and our editors try to be careful about weeding out false and misleading content.
As a user, if you see something we have missed, please do bring it to our attention. Your help is welcome. EIN Presswire, Everyone’s Internet News Presswire™,
tries to define some of the boundaries that are reasonable in today’s world. Please see our
Editorial Guidelines
for more information.

Tencent, the Chinese technology and entertainment giant, announced the creation of its own metaverse-driven division. The division, named the...

During the last week, while crypto markets got hammered, digital currency-centric over-the-counter (OTC) trading desks were swamped with orders....

In the summer of 1925, an eight-year-old boy was visiting in Mahaffey and decided to go fishing near the...

Courts in Russia are hearing a growing number of cases around crypto assets, a new study has shown. About...