With Inflation so High, Are 529 Plans Still Worth It?

Should I live the good life now or pinch pennies for retirement? Here are 3 simple ways to find the ‘sweet spot’ between spending and saving 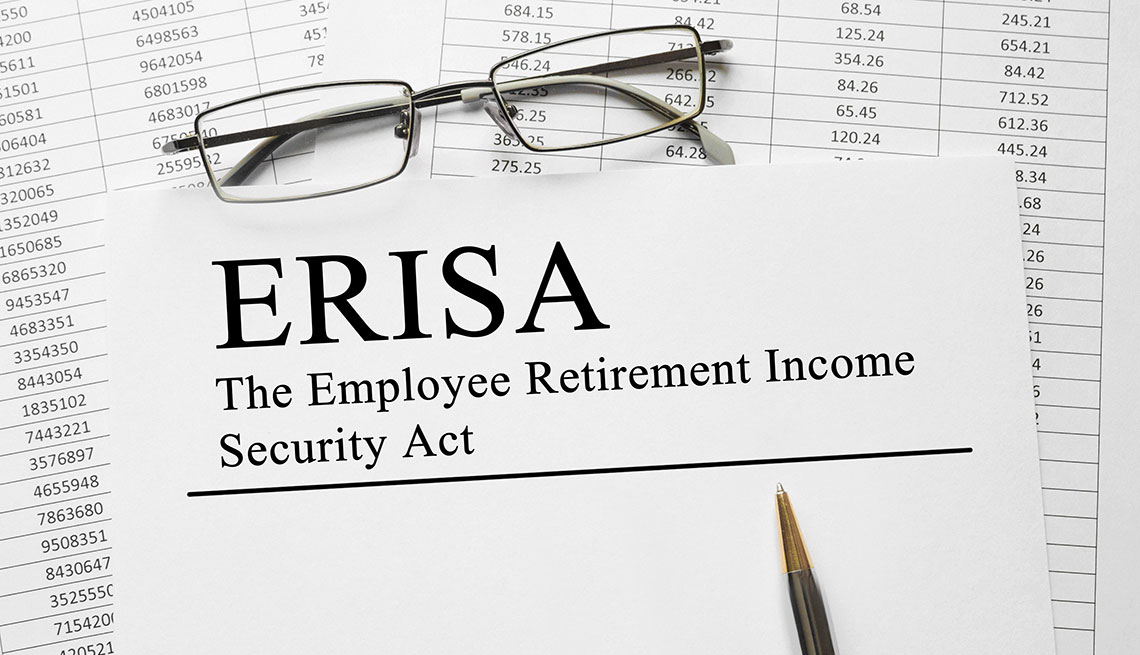 In the coming terms, the Supreme Court may need to wade back into the discussion regarding what constitutes an imprudent action in violation of ERISA and further clarify the breach of fiduciary duty pleading standards after Hughes v. Northwestern University, 142 S. Ct. 737 (2022). In Hughes, the Court held that determining whether participants state plausible claims against plan fiduciaries involves a “context specific inquiry” of the fiduciaries’ “duty to monitor all plan investments and to remove any imprudent ones.” Id. at 740 (citing Tibble v. Edison Int’l, 575 U.S. 523, 530 (2015)).

Since then, lower courts have applied Hughes but still held that plaintiffs failed to plausibly challenge their plan administrators’ prudence. For example, in June, the Sixth Circuit applied Hughes and held that a plaintiff had not plausibly pled that plan administrators acted imprudently when they chose higher-fee, actively managed funds by simply comparing the fund’s returns to an index fund. Smith v. CommonSpirit Health, 37 F.4th 1160, 1166 (6th Cir. 2022). The court wrote that while “pointing to an alternative course of action. . . will often be necessary to show a fund acted imprudently (and to prove damage). . . that factual allegation is not by itself insufficient.” Id.

The Western District of Pennsylvania reached the same conclusion in Mator v. Wesco Distribution, Inc., a case in which the plaintiffs argued that plan administrators breached their duty of prudence by “failing to evaluate fees and monitor costs assessed to the Plan.” No. 21-CV-00403, 2022 WL 1046439 at *1 (W.D. Pa. Apr. 7, 2022). The district court held, however, that the plaintiffs’ pleadings had offered “a mere price tag to price tag comparison, accompanied by conclusory allegations,” and dismissed their claim with leave to amend. Id. at *7.

The Supreme Court’s holding that evaluating breach of fiduciary claims using a categorical rule “is inconsistent with the context-specific inquiry that ERISA requires,” Hughes, 142 S. Ct. at 740, does not guarantee success for plaintiffs who are disappointed by their plans’ returns or disgruntled by associated fees. The “context-specific inquiry” required by the Court may lead to a flurry of litigation as plaintiffs and plan fiduciaries contest the prudence of various financial decisions.

One perennial topic in ERISA litigation is the extent to which the statute preempts state law claims. One plaintiff has petitioned the Supreme Court to review a Colorado Court of Appeals decision that prevents parties from bringing state law-based claims to the proceeds of an ERISA plan account after those proceeds have been distributed. Petition for a Writ of Certiorari at 3, Ragan v. Ragan, No. 21-1571 (U.S. June 15, 2022). The petition seeks to have the Court clarify whether ERISA preempts post-distribution suits. Id. While the majority of circuits to weigh in on this issue have held that ERISA does not preempt post-distribution claims brought under state law, id. at 2, the Colorado Court of Appeals relied on the minority Ninth Circuit view, which holds that post-distribution suits brought under state law “would allow for an end-run around ERISA’s rules,” as a result “greatly weakening, if not entirely abrogating, ERISA’s broad preemption provision.” Ragan v. Ragan, 494 P.3d 664, 671 (Colo. App. 2021) (citing Carmona v. Carmona, 603 F.3d 1041, 1061 (9th Cir. 2010)). If the Supreme Court grants certiorari, it could bring clarity to a long-disputed area of ERISA preemption and alter claimants’ abilities to challenge how ERISA plan proceeds are distributed.

Another preemption issue that may reach the Court concerns municipal- and state-level laws that aim to fill the gaps created when employers decline to provide health or retirement benefits. The cases concern whether ERISA’s preemption clause also prevents states or municipalities from creating worker benefit programs. Last year, the Ninth Circuit held that two programs designed to help workers save money — a Seattle ordinance requiring hotels that have no employee health plan to pay their employees’ health care costs, and a California statute creating tax-deferred retirement savings accounts for workers whose employers do not have ERISA-covered retirement plans (CalSavers) — are not preempted by ERISA. ERISA Industry Committee v. City of Seattle, 840 Fed. App’x 248, 248-49 (9th Cir. 2021); Howard Jarvis Taxpayers’ Association v. California Secure Choice Retirement Savings Program, 997 F.3d 848, 867 (9th Cir. 2021). AARP and AARP Foundation filed an amicus brief in support of the CalSavers program. AARP also sought to intervene in Pacific Bells LLC v. Inslee to defend that Washington state’s Long-Term Services and Supports Trust Act (“WA Cares”) and argue that the Act is not preempted by ERISA. No. C21-1515 TSZ (W.D.W. March 10, 2022) (ECF No. 30). The District Court agreed, holding that because WA Cares is not “‘established or maintained’ by an employer and/or employee organization, it is not an ‘employee benefit plan’ and it is not governed by ERISA.” Pac. Bells, LLC v. Inslee, No. C21-1515 TSZ, 2022 WL 1213322, at *2 (W.D. Wash. Apr. 25, 2022).

This year, the Supreme Court denied the plaintiffs’ cert petition in Howard Jarvis Taxpayers’ Association, and through its denial allowed CalSavers to continue operating. In ERISA Industry Committee, the Supreme Court has not yet granted certiorari, but it appears poised to do so based on its issuance of a request that the solicitor general weigh in to explain the federal government’s position on the issue.

The Court soon may also consider whether ERISA claims for breach of fiduciary duty can be arbitrated. The brewing circuit split that we wrote about last year has deepened, paving the way for potential resolution by the Court. This year, the Seventh Circuit denied arbitration in an ERISA case by invoking a rarely used exception to the Federal Arbitration Act, finding that the arbitration provision at issue constituted a “prospective waiver of a party’s right to pursue statutory remedies.” Smith v. Bd. of  Dirs. of Triad Mfg., Inc., 13 F.4th 613, 620-21 (7th Cir. 2021) (quoting Mitsubishi Motors Corp. v. Soler Chrysler-Plymouth, Inc., 473 U.S. 614, 637 n.19, 105 S. Ct. 3346 (1985)). The Sixth Circuit also denied arbitration in an ERISA action based on a determination that the claims at issue “should be thought of as Plan claims,” and that “because the arbitration provisions only establish the Plaintiffs’ consent to arbitration, the employment agreements do not subject these claims to arbitration.” Hawkins v. Cintas Corp., 32 F.4th 625, 635 (6th Cir. 2022).

Finally, in the coming years the Court may address whether certain ERISA claimants have standing. In Wit v. United Behavioral Health, the Ninth Circuit held that the plaintiffs, who alleged that defendant United Behavioral Health developed guidelines used to administer claims under the plans at issue that did not comport with the benefits afforded them by the terms of those plans, had adequately alleged a concrete injury, 2022 WL 850647 at *1 (9th Cir. 2022). Specifically, the Ninth Circuit found that the plaintiffs were prevented from “mak[ing] informed decisions about the need to purchase alternative coverage and the ability to know whether they are paying for unnecessary coverage.” Id.

The Third Circuit issued a similar decision regarding named plaintiffs’ standing to bring claims “relating to funds in which they did not personally invest.” Boley v. Universal Health Servs., Inc., 36 F.4th 124, 129 (3d Cir. 2022). This case is significant because it is the first circuit-level case following Thole v. USA Bank, N.A., 140 S. Ct. 1615 (2020), to consider whether plan participants can bring an ERISA class action challenging funds they do not personally hold in their retirement accounts. The Third Circuit held that the plaintiffs had sufficiently pleaded that they suffered the type of concrete and personalized injury required by Thole, given that they did “not allege thirty-seven individual breaches of fiduciary duty, but rather several broader failures by [the defendant] affecting multiple funds in the same way.” Boley, 36 F.4th 132-33.

With Inflation so High, Are 529 Plans Still Worth It?

Image source: Getty Images There may be a better option for saving for college. Key points A 529 plan...

Should I live the good life now or pinch pennies for retirement? Here are 3 simple ways to find the ‘sweet spot’ between spending and saving

Should I live the good life now or pinch pennies for retirement? Here are 3 simple ways to find...

Talking about money at the holidays? It’s not always a bad idea.

By Alessandra Malito How to make heavy talks, like estate and retirement plans, easier this holiday season Politics and...

The search results for “the best mutual funds for retirement" skyrocketed during the pandemic, according to Google Trends. What...

Retirement savings shrank for low-income Americans in 2010s, even as economy expanded

As the old saying goes, a rising tide lifts all boats in the harbor. But when it comes to...

The Best Platform for Both Crypto Investments & Trading