There are many different retirement plans out there that provide tax advantages. But there’s one type of account that’s become more common in recent years as a growing number of employers have started offering it to workers: a Roth 401(k).

A Roth 401(k) works differently than a traditional 401(k) in that there’s no upfront tax break. When you contribute to the account, you’re doing so with after-tax dollars and not saving anything on your IRS bill in the year you invest. With a traditional 401(k), you make pre-tax contributions, so each dollar you invest will usually get offset by a corresponding reduction in your tax withholding.

While many people default to investing in a traditional 401(k), either because those are more common or they don’t want to give up the tax benefits right now, there are actually three really good reasons why you may want to consider a Roth, instead. 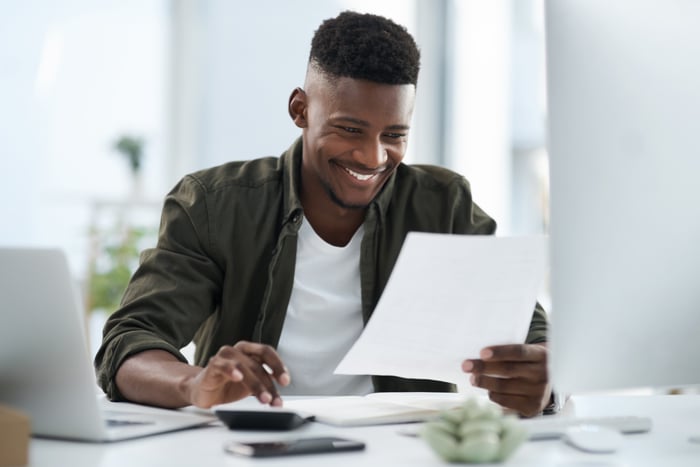 1. You won’t have to worry about taxes on withdrawals as a retiree

While a Roth 401(k) doesn’t provide an upfront tax break in the year you contribute to it, it still offers a significant tax break. The difference is that the savings comes as a senior when you withdraw money from your account.

As long as you follow the rules for withdrawals, including waiting until age 59 1/2 to begin taking money out, you won’t have to pay any taxes on the distributions you take in your later years. That means every dollar that comes out of your savings will be yours to spend, and you won’t have to worry about budgeting for the government’s cut.

2. You won’t have to worry about Social Security becoming taxable

A Roth 401(k) can not only help you to avoid taxes on retirement-account withdrawals, but it can also save your Social Security benefits from being taxed.

These numbers aren’t indexed to inflation, so as wages go up and retiree income climbs higher, more seniors will have Social Security taxes to worry about. They won’t be your problem, though, if your distributions are coming from a Roth 401(k) and don’t count as income.

3. Tax rates are likely to go up

Claiming an upfront tax break by using a traditional 401(k) makes sense if you think your tax rate is higher when you’re working than it will be in your later years. But a Roth 401(k) is a better bet if you think you’ll be taxed at a higher rate later because it makes sense to claim the tax break at the time when your rates will be highest so it provides the most savings.

The reality is, by historical standards, tax rates are very low right now. And government debt is climbing and will continue to grow as the population ages and an increasing number of seniors are supported by a smaller number of workers, putting strain on key federal programs. Most people probably will see their taxes go up if the government raises rates, so you may want to play the odds and put off the tax savings.

If tax rates rise and you avoid taxes on both withdrawals and Social Security benefits by using a Roth 401(k) for your retirement savings, you’ll be very glad you took a close look at all this account has to offer.

Is It Possible to Retire on Social Security Alone? | Personal Finance

Furthermore, while you may be mortgage-free in retirement, even a very inexpensive property tax bill might still have you...

How to Close the Wealth Gap, According to a Fortune 100 Black Woman CEO

Thasunda Brown Duckett is the president and CEO of financial-services firm TIAA. She is one of only two Black...